, giving us just a month to plan, prep, and execute a specification for Season 3.

For a quick refresher on seasons: 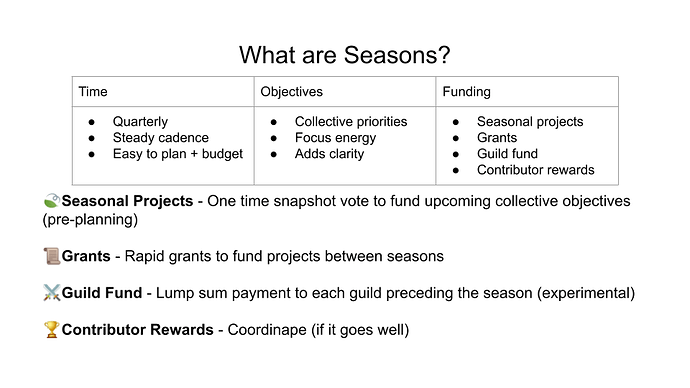 Season 2 saw an explosion in activity! This is no surprise. Season 0 focused on theorizing our governance and coordination models. Season 1 stress-tested these models, and Season 2 scaled them. Let’s take a look at some of our accomplishments:

Discord is our workplace. It’s where 90% of all activity occurs. Since Season 2 launched on October 1st, we’ve already grown almost 45% to over 15,000 members! Naturally, not all of these members will stick around, but we do have high activation and retention rates. 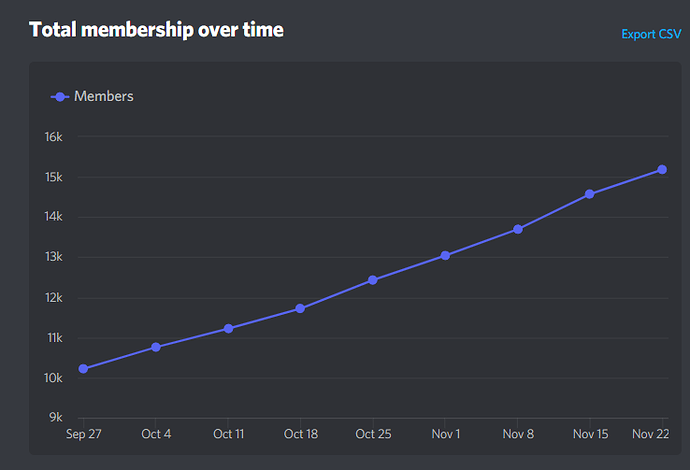 Translating into $BANK Holders, we’ve seen a 10% increase in total BANK holders. But when we break it down through the cohorts found in one of the Analytic Guild’s Dashboard, we see:

In other words, we’re seeing adoption from the long-tail of BANK holders, though neither Level 1s or Whales are dumping their bags. To me, this means that L1s and Whales have a strong conviction that we’re building something important and the long-tail means we’re growing and attracting talent. But it also means that we don’t have enough of an incentive to convert members below the 35K threshold to the 35K threshold – which is fine!

This Season, the Grants Committee has 7M BANK set aside for funding Projects. With a month left in the season, that amount sits at only 600K BANK left. We spent a lot! On what you may ask? Here’s just a sampling. The full list can be found here.

Each of these projects work towards proliferating the Bankless movement or improving the DAO experience. I cannot think of a single DAO that is doing as much as we are.

What does this mean for our coffers? Excluding BANK, BanklessDAO is sitting at a healthy 350,000 USD. More than half of that has come in just this season alone! In Season 3, we’ve generated almost 180,000 USD and we still have another month! We can expect to see another 40,000 USD in the WGMI Metafactory Drop as well. 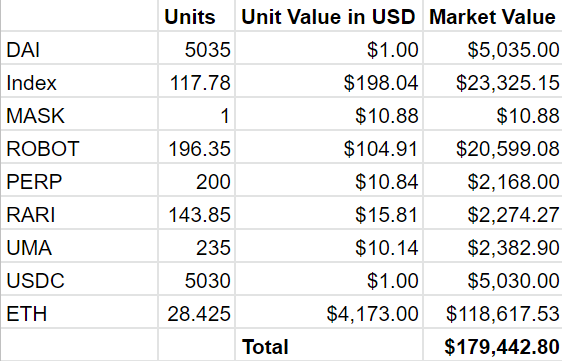 Liquidity was a big pain in the previous season. We had maybe $1M in total liquidity in Season 2. With this season’s Balancer LM program, we’re now sitting at $2.8M across Sushiswap, Uniswap, and Balancer.

And not only do we have deepened liquidity, but we Protocol Owned Liquidity, thanks to Olympus Pro. Right now, BanklessDAO owns 21.6% of Sushiswap BANK-ETH LP tokens. Meaning we own over 1/5 of the entire liquidity depth on Sushiswap, which nets us revenue in daily trading fees!

Another awesome development we’re starting to see here is guild maturity! Guilds are how most people get involved in BanklessDAO. They are the first coordination unit that members will come across, and we’re seeing them evolve and mature.

One thing to keep an eye on is that best practices are proliferating across guilds and role holders beginning to coordinate. For example, this season we’ve seen Talent Scouts start to coordinate and share their models of onboarding new talent.

On a whole, BanklessDAO Strong 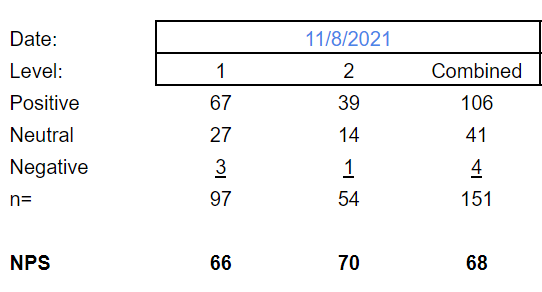 In Season 3, we must focus on governance and coordnation. By this I mean introducing processes, protocols, frameworks, and mental models to form an “operating system” for the DAO that reduces reliance on people.

To understand why, you need to understand our history. I outlined some BanklessDAO’s history in my previous brain dump, but the gist of it is that in Season 0, all we did was discuss governance because we didn’t have anything else to do! There we no guilds or projects, just governance.

As BanklessDAO has grown in the past two seasons, we’ve all gotten busy with our niches in the DAO. And while we’ve been toiling away within the DAO, we’ve let governance problems pile up, such as:

The distinction I’m making here is working in the DAO vs working on the DAO.

We spent Season 0 working on the DAO and Season 1 & 2 working in the DAO. We need to work on the DAO again. If we don’t, Moloch will come and tear down everything we’ve built so far. In Season 3, we’re seeing a need to focus on governance once again, while trying to maintain the cadence we’ve established thus far. (More discussion here and here)

We’ve made some progress here, such as with [Draft 3 - Final] Firming Up Governance and the compensation working group, but there needs to be a way to crowdsource ideas and distribute the workload. I have some ideas on this, stay tuned for another forum post.

Going over the results of Lucas’s [Temp Check] Season 3, we see:

I’ll break down what this means in the following categories.

To understand this section, you must understand our governance process: 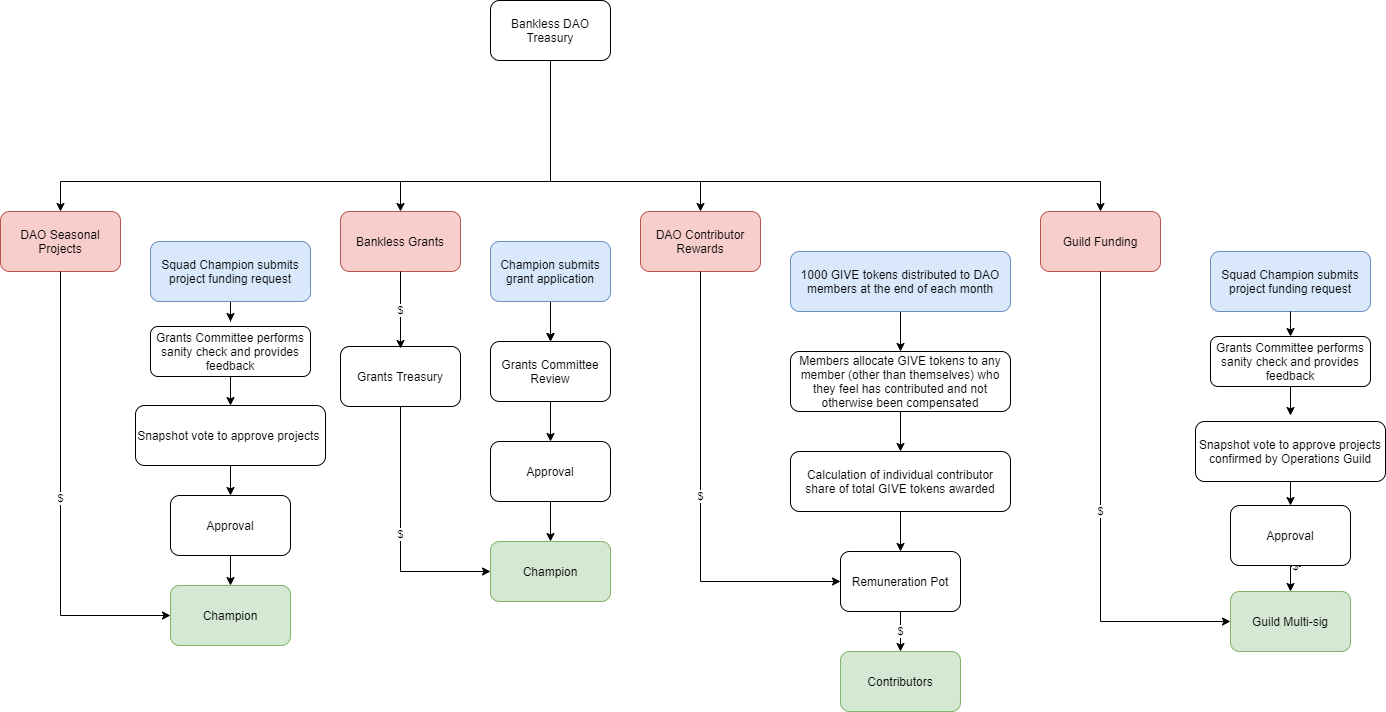 BanklessDAO funds guilds and projects directly from its treasury, which is different than the Grants Committee funding projects.

In Season 3, Project and Guilds would operate under a flexible budget. The idea here is that instead of forcing guilds and projects to budget below 5M BANK, there would be no cap.

This is a radical idea. Especially because we don’t have a solid project evaluation framework in place to gauge what we continue to fund. But the sentiment here is that we’re in a bull market and people are coming. Rather than turn them away with a constrained budget, let’s fund what there is demand for and figure out the rails as we continue to build. We’re all responsible adults, right? Right???

However, we do have a safety check in place. During Season 1, in prep for Season 2, each proposal was sanity-checked by the Grants Committee. In Season 3, we will do the same thing. In other words,

(Dates subject to change considering people may be out for the holidays.)

As per the Grants Committee spec, 4 out of the 7 seats are in rotation. You can submit your application here. Submissions will be open until one week prior to Season 3 start.

The new flow will allow nominations in Discourse and move elections to Snapshot with a weighted snapshot vote - meaning you can select as many nominees as you like, but would have to split your tokens across them. This prevents people from creating accounts and skewing the vote if elections were done in Discourse.

In Season 3 we will continue with monthly Coordinape rounds with separate circles for Level 1, Level 2, and Guest Passes, each with 500,000 BANK per circle per round, totalling to 4.5M BANK.

The only change here is upping the total for Guest Passes from 500,000 per season to 1.5M. Viewing the analytics above that we have a notable jump in Discord users and holders until 35K, it’s apparent that many of the new contributors are guest pass members and should, arguably, be compensated on par with other DAO members as to reduce exclusivity.

Rounds will work as follows:

The major change here is that instead of having one week to resubmit project and guild budgets, teams will have two weeks.

I would like to hear some of the community’s thoughts on extending the season. It seems the logical thing to do, but what are the possible knock-on effects that we may not have considered?

Updated the Roadmap section based on a conversation the grants committee had. Idea is to extend the submission period but not extend the season. Please review again.

Wish community grows rapidly and healthily, and one day there will be a CN section for GMT-8 time.

How will the gap week build into the Roadmap listed at the bottom? I do worry about burnout given that lots of major things are happening around christmas and new years, when people often take time off.

Is there a defined/projected Season 3 end date? Thank you!

@samanthaj - Gap week isn’t included. There’s an implied gap two-weeks between Dec 20th and Jan 3rd. I suspect that we’ll do something similar as we did with Thanksgiving: Optional Community Calls

Is the forum post Project Proposal Framework still an accurate definition of what a “project” is? If so, is it black and white that the GC will not find things that do not fall under that definition? Edu guild is trying to figure out what we may need to fund with our guild treasury vs grants committee