You can learn more about the initiative and roadmap below.

Very few people know this. I joined BanklessDAO because of my idea for Mass Effect. I’m frustrated with the one-way nature of online education. When an educator teaches a student something new, the transfer of knowledge stops at the student. This transaction of knowledge is fine for the educator and student involved, but when you shift your perspective to all of humanity, we are missing out on an important opportunity. Think of transferring knowledge as transferring heat, light, or other forms of energy. When energy moves from one body to another, it doesn’t just stop. It’s continuously moving through everything in its environment. Knowledge can and should be treated the same way. What happens when we incentivize the spread of knowledge wide to a larger, more diverse population? When more people hold the necessary knowledge, more problems get solved, and humanity thrives.

Mass Effect will make information accessible to those who may not have the financial means. Because of the internal economy, coordination, and incentive structures tokens enable, we can make sure knowledge is attainable regardless of your status or situation. Recognizing this new technology for what it could do, the need to build Mass Effect in this environment was obvious. I dove head first into crypto, joined BanklessDAO full-time, collaborated with many others, and started soaking up as much as I could. It’s 8 months later and I still have A LOT to learn, but I understand enough to get started.

My ask to BanklessDAO, if you all believe in this mission, is for you to nominate people in this community who are subject matter experts in any field related to crypto. It could be trading, regulations, governance, tokenomics, anything. You can also self nominate, but it’s important that the community recognizes you as competent on that subject. The knowledge that is shared MUST be accurate, factual, unopinionated, and unbiased. See below for an explanation of the nomination process.

Those who accept the nomination will be invited to lead paid workshops and seminars. The majority of these sessions will be on Twitter spaces. However, hands-on, interactive workshops will be done on Zoom, Google Meet, or a similar platform. The sessions are free to attend, but instructors will be paid at a rate that is TBD.

Impact To You and BanklessDAO

If there is community support for Mass Effect and the mission it serves, BanklessDAO will be recognized as an early supporter. You may be consulted during the planning and product development phases of Mass Effect. It’s also a good opportunity to promote the educational projects happening across the DAO. The final version of the platform will be a great supplement for Bankless Academy. Most importantly, you will be helping to build a high impact, regenerative, educational system that makes knowledge highly accessible. There is no financial commitment from the community as part of this ask. Just time and expertise.

Finally, those who accept the nomination and successfully complete a live workshop will be invited to join Mass Effect with “Specialist” level credentials and privileges when the platform is built. Details of the Specialist role can be found in the docs below.

This part of the process is important. Everyone attending the live workshops and lectures must trust the educator is qualified. In the absence of verifiable credentials, confidence from your peers is required.

The entire process is done anonymously to avoid social backlash and ensure honesty. To nominate a fellow community member, fill out the form below. You can also self-nominate. Everyone who is nominated will be contacted to accept or decline. Nominations will be open for 1 week. After the nomination period, there will be a second forum post with a poll where the community can vote whether or not they believe that person has shown sufficient knowledge on that subject. You’re welcome to share this vote with your network on Twitter, other Discord servers, etc. They may have to create a Discourse account to vote if they don’t already have one. Those with the most votes after 1 week will be invited to lead a paid knowledge transfer session.

Please state whether or not you would like the community to be involved via the poll below. Questions are welcome in the comments.

For those of you reading this who don’t know me, IRL I was a product manager for 6 years. I joined BanklessDAO at the beginning of season 2. I spent most of my time in the Education Guild where I held a leadership position for season 3. I’m currently holding an elected leadership position on the GSE (Governance Solution Engineer).

I have worked with Manuel and vouch for his talent, dedication and desire to improved and more efficient education in this space. His effective championship in Season 3 to the Edu Guild was excellent. Great ideas and a true consensus builder. I believe that as a media and educational DAO supporting this proposal is a furtherance of the bDAO’s mission and aligns with its vision and values. I request your support and vote. Another experiment within an experiment. Press on.

This is beautiful, Manuel. I have long held the belief that there are two main things impeding human progess as a whole: 1) poor access to high-quality education with credentialing, which often a result of 2) financial inequalities - again primarily centered around access to capital, knowledge and services.

That you are submitting this proposal to Bankless DAO, to me, is a perfect synergy between these two ideas. It supercharges the capabilities of Bankless DAO and I think that duly justifies financial support.

As someone who taught at the university level for 7 years before leaving academia - education is topic I care deeply about because of direct experience. I firmly believe anyone can learn anything they set their mind to. Increasing access and support improves learner openness to approaching challenging subject (e.g. crypto, economics, physics).

People always called me smart because I excelled in school and pursued a career in hard science. However, that never sat right and was reinforced through my experiences in education. Sure, some fundamental differences in aptitude might exist but learning is also highly emotional. It can be vulnerable to not know something. Also, learning is taught to us as something you do BEFORE doing the real thing. So, people tend to (and even necessarily) deprioritize learning new things because it’s extra effort and often doled out in large chunks like 4-year degrees. Yet, we all know it’s an investment - and big gains come from compounding small amounts over time.

Humans are pretty social creatures and prefer to learn from each other. Most stuff is available for free but you will almost certainly have to do more work than if someone was guiding you. Basically, we can lower the cost for someone else to download information vs them doing it on their own. We all know this intuitively. Yet, I think what I’m trying to describe is the same “knowledge energy” you described so eloquently above. My experiences teaching have since proven to me that anyone can learn anything if they want to - all they need is access to another human that cares and can communicate effectively (often using multiple approaches to reach different people). I take this as a personal charge to support the mission of Mass Effect. It’s time to lower the activation cost of humanities next level-up!

I completely agree with so much of what you’re saying. I see two ends of the spectrum. On one end, there’s formal education like college. Highly credentialed educators in an environment full of students and energy. There’s a lot of optimization for learning such as countless resources to develop deeper understanding, 1 on 1 time with professors and mentors, and unlimited opportunities to ask questions. But it’s prohibitively expensive, plus all the debates on the education system that I won’t get into right now.

On the other end is free online education. Highly accessible for both learners and educators. You can learn anything you want if you have access to the internet. But once you take a course there’s limited places to go for help or guidance or get deeper understanding. And there’s definitely no incentive for transferring that knowledge to someone else. It’s not a terrible system but it’s become very watered down and not optimized for the forward movement of humanity. I just think cryptoeconomics allows us to do so much more to move us forward.

I invite you to look through the docs and reach out to me with ideas. And thanks for all your support!

Thank you to everyone who has shown support for this so far. If you are interested in leading session, let me know. Or if want to recommend someone else, tag them here.

Hey bDAO fam, if you want to hear about Manuel’s proposal in his own words, we just released a new episode of Making Bank where he is the guest. Tight episode, just 30 minutes. Give it a listen! 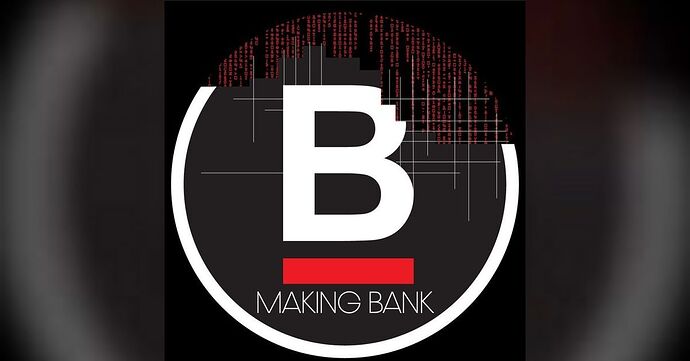 @Droste Please check the link. Instead of landing on the particular podcast episode, it’s just going to podbean home page !

@ManuelMaccou Appreciate this great initiative. Trust there’s good traction on nominations’ front. Since this is all about involving individuals, who are subject matter experts (SMEs), I presume, there’s nothing per se mentioned about partnership with BanklessDAO.

Looking forward to updates, thank you

We’ve changed the podcast hosting provider, hence the broken link. You can listen to the episode here:

Thanks for noticing; yes as salman noted we recently changed platforms. However if you’re accessing via a pod player, the feed should be okay.

There actually havent been any nominations so I’ve moved on with another approach.

But, as I can see, your ask/proposal is not explicit.

My ask to BanklessDAO, if you all believe in this mission, is for you to nominate people

Who, you are addressing here?
I guess, it’s better to address this ‘request for cooperation’ or ‘call for action’ to some specific roles/guilds, instead of to the whole bDAO, to get a measured response.