A framework for organizing Bankless Africa : An Adaptive Hybrid Framework

This post was first published on the Bankless Africa governance forum(Commonwealth) on 31-08-2022.

As this is crucial to the future of Bankless Africa, Am dropping it here for bDAO-wide discussion and thoughts. I also think the framework can use some work and probably some tough questions too(but this is not wildfireDAO, so be gentle, lmao​:joy:

Developing a framework for organizing Bankless Africa that facilitates innovation and experimentation while providing a clear pathway on how ideas,initiatives, projects, etc within the community evolve. 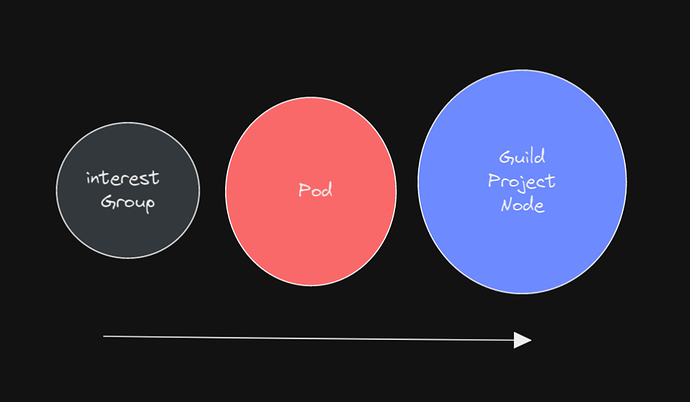 Bankless Africa is currently organized into workgroups. The development of the workgroup model was to accommodate the growing number of people entering the community and finding a means of placing talents and interests. While workgroups have worked so far, it presumes an already established team. Workgroups also work well for highly specialized members banding together as a team to bootstrap an idea. The workgroups that were formed initially had members taking points to steward them.

As we continue to grow, new members need a clear path on how to self-start initiatives, bootstrap ideas, organize teams, and execute. Furthermore, Bankless Africa as a community needs a shape, a taxonomy of sorts. The framework below is an attempt to address these.

Before we get into the weeds, let me get this off my back.

Getting members to form a team to pursue an idea, goal, etc. the bonding stage is internal and mostly within the community.

This is where a team has formed with clear roles and responsibilities. At this point, the idea has been morphed into a service/product/milestone/prototype, etc that has been shipped at least once. During the bridging stage, the team looks to onboard new talents, more resources, and external partnerships to further its objectives.

Interest groups are used to bootstrap ideas. During this stage, folks interested in a specific idea can bond together to incubate the idea.

Use the traditional agile model to set up an interest group. 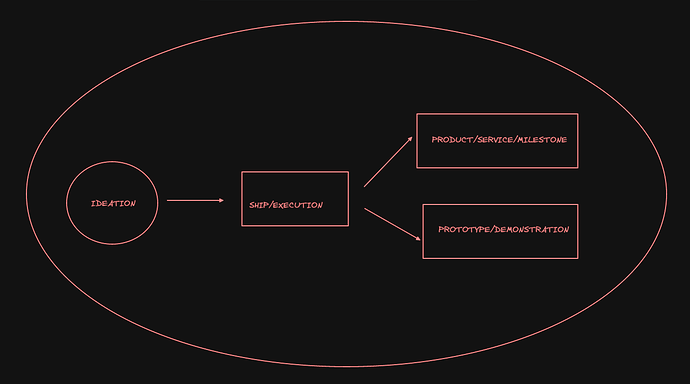 Interest Group should at least ship the idea once to determine viability.

The equivalent of a pod currently in bAfrica is a workgroup. But the workgroup is too web2ish, so I propose we update the name to Pod.

Pods are well-formed, highly executing teams that have moved from the interest group stage. Meaning they have shipped the idea. And have gone through more than one iteration.

Pods have also hit some prominent KPIs or key milestones. Essentially pods are more established in terms of teams, and resources and are executed on a daily basis. 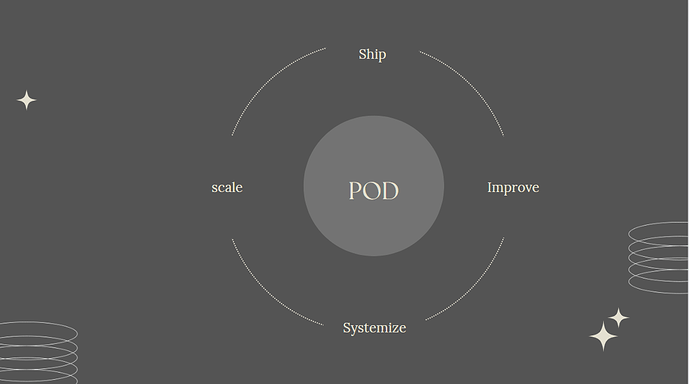 Am not spending time here, more on this in a later post probably. But here’s the rough idea👇🏾\

A Pod can potentially evolve into either a guild, project, Node, etc. some potential pathways emerging in bAfrica in the future.

Operations pod(workgroup) evolving into a guild

Some sort of marketing guild

Some sort of education guild

Some sort of developer guild or tech guild.

So most of these talent bases/pools we have now might evolve into bigger talent hubs and groups. But they have got to have a clear pathway towards evolution.

Also, country nodes are part of the Bankless Africa roadmap

. Country nodes will essentially be bigger groups of the “Node” category.

Hopefully, you get the picture.

Bankless Africa in its current form will operate mostly in the 2 categories of “Interest Groups” & “Pods”.

We will need a massive treasury and well-talented, active core contributors to be able to evolve into the third category. Might take some time to get there.

Pods that are able to secure a reasonable amount of funding might be able to evolve individually and recruit talents for their activities.

Comments/thougts are highly welcome. also head over to Commonwealth if you want to vote on this proposal.